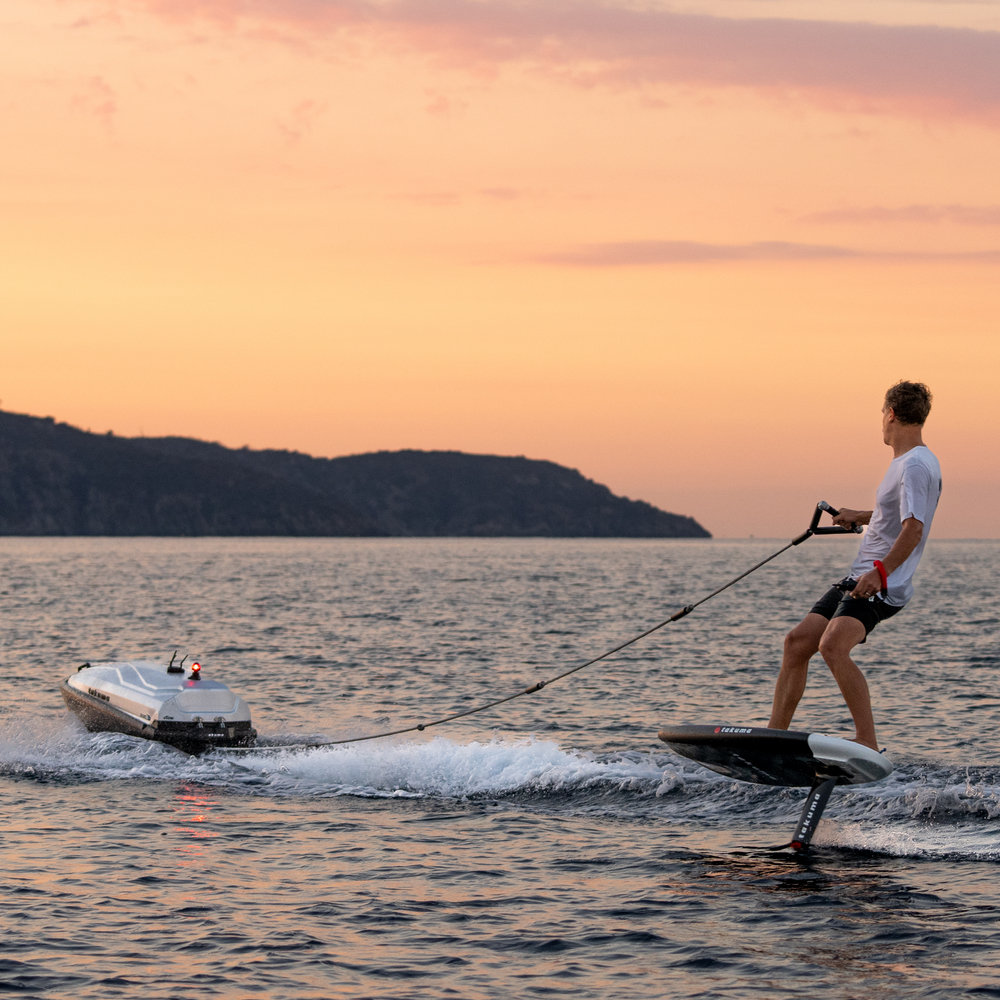 Explore unknown spots and discover new sensations. The eTow allows you to go out on your own in any conditions. If you are riding a wave, you can direct the eTow with your remote to come and pick you up.

From flat water to open ocean swell. Riding in all types of conditions and bodies of water is no problem with the eTow, as it's designed with optimized proportions to self-right automatically in case of capsizing.

Works as an extension of your arm and allows for easy maneuverability. Riding, controlling and progressing have never been easier. The eTow is very intuitive to maneuver and although equipped with a powerful engine it offers a very soft and consistent pull.

Minimum maintenance required and easy to operate. Compared to a jetski and similar watercraft the eTow requires very low maintenance, is easy to launch in water and very simple to operate.

Safe and easy to use

Operating the eTow is very intuitive and allows for anybody to have fun with it.

The eTow is using 2x 5,5 Kw batteries which are compatible with your Takuma Efoil.

The eTow is powered by two jet propulsions unified in a V jet system. The powerful V jet system delivers an extremely smooth and consistent pull even at high speed. Coupled with an innovative aqua dynamic shape, the eTow delivers the best progressive and efficient foil take-off.

The eTow is designed to give you full autonomy from 60 to 85 minutes And up to 45km/h.

A completely new way to ride, it can be directly controlled by the rider using a small handheld remote and can also be controlled by an instructor with a more heavy duty coach remote* , making it the best way to learn foiling, give lessons and progress with. The remote control of the eTow does not interfere with the frequencies of ships and/or other watercrafts. *With generic compatible remotes, you can control the eTow in a distance of up to 1,5km.

0(0 reviews)
There are currently no product reviews.  Write Review