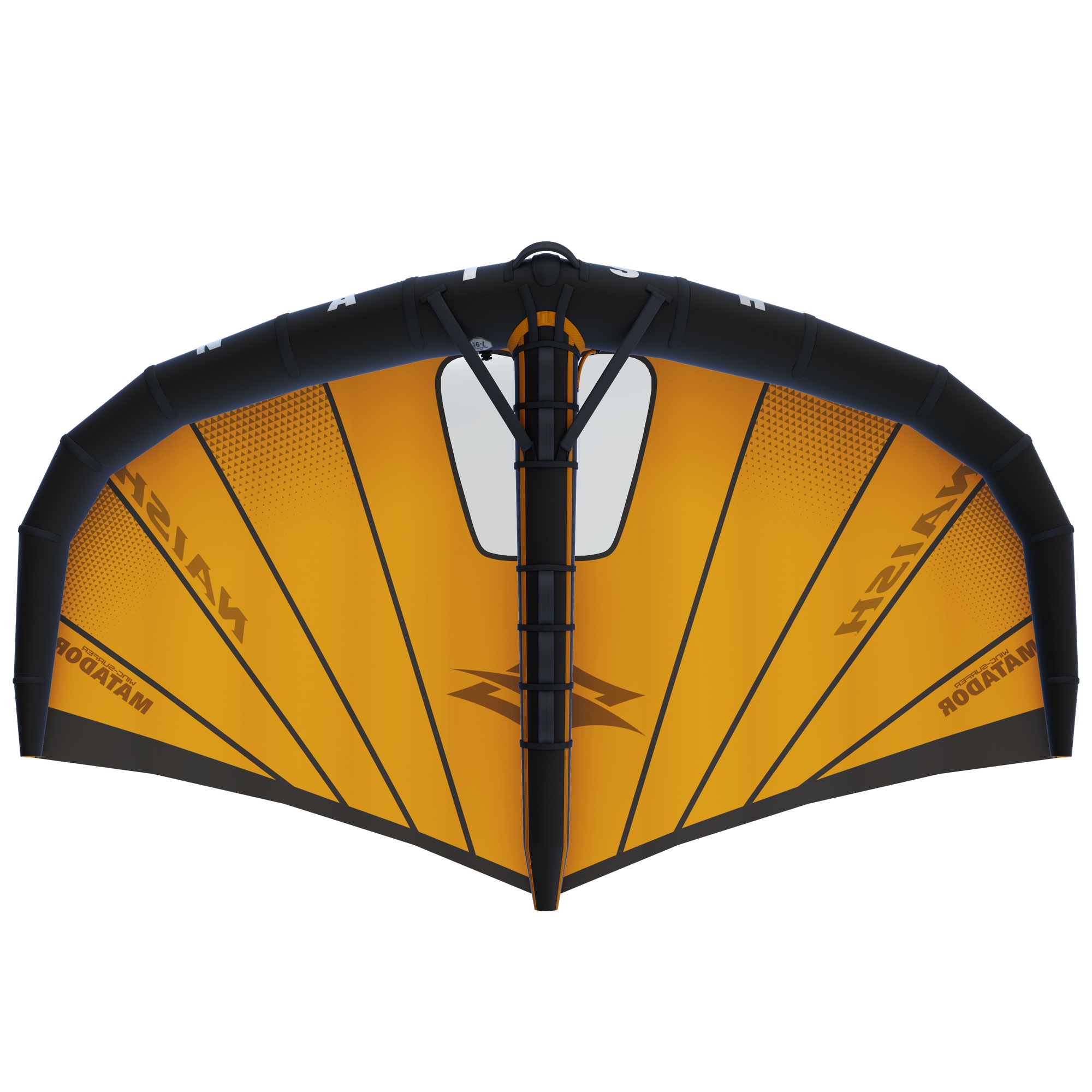 The Wing-Surfer Matador is compact, light and powerful. It is designed for experienced wing foilers that want to use the smallest wing possible for the prevailing wind conditions, with a focus on riding swells and waves. The Matador has a deeper draft and larger diameter leading edge and strut than a comparably sized Wing-Surfer, with the power placed even further forward. The leading-edge taper is more pointed at the center and carries more dihedral across the wingspan. This all comes together to create a wing that drives upwind with ease, then flags in neutral with amazing stability and balance for riding waves, swells and doing downwinders. With tons of sheet-in-and-go power, even heavier riders will find it easy to get up on their foil. Once flagged into neutral on a wave or swell, the light and nimble airframe all but disappears like a bull fighter’s cape — allowing you to carve and glide with ease. Thus, the name “Matador.” Unlike the all-around Wing-Surfer, the Matador is designed to be ridden mostly upwind then flagged downwind, so the windows are small and placed where an experienced rider needs them when riding windward, knowing that most of the time the wing will be flagged behind them with full visibility.

(0 reviews)
There are currently no product reviews.  Write Review